Your web browser is not actively supported by this site. For the best experience, update your browser, or switch to a modern browser like Google Chrome or Mozilla Firefox.
Have you been affected by the recent Bushfires in NSW & QLD? Click here to see how we can help and for insurance updates. 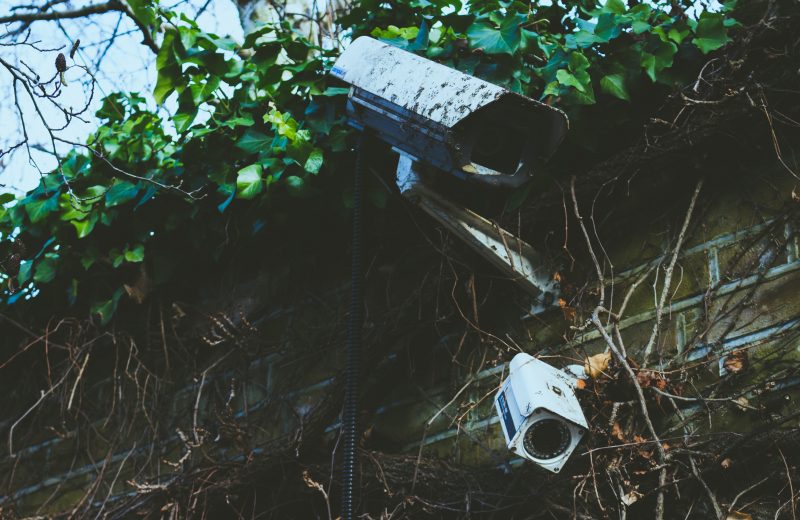 Even with overall burglary numbers falling, in 2017 over 170,000 Australian homes were burgled. Here are some ways you can help keep your home secure.

There was a 7% reduction in the number of burglaries across Australia from 2016 to 2017 and the absolute number of burglaries in Australia in 2017 has been the lowest in seven years[i]. Despite this, over 170,000 homes were broken into in 2017[i]. Burglaries often take place during the day[ii] and the summer holiday season, between December and January, remains the most likely time for burglars to strike[iii],[iv],[v].

According to research from the NSW Bureau of Crime Statistics and Research, the most commonly stolen items in burglaries are those that can be disposed of easily[vi]. These include, (in order) cash, laptops, jewellery, cameras, mobile phones, wallets/handbags, ID documents (especially credit cards), TVs, computers or video game consoles, watches, bank and credit cards, video/DVD players, power tools and stereo/audio equipment[viii].

Thankfully there are several things you can do to keep these items – and your home – safer, not only during summer but all year round. Here are our top tips:

Secure Your Home Whenever you Leave

Burglars prefer operating in areas they know well and have operated in before. They also tend to choose areas based on factors like lack of street activity[vii]. When targeting a property, burglars look at how many valuables might be on display and if spare keys to the property are hidden carelessly or in obvious places[vii]. For homeowners, keeping valuables and spare keys safely hidden are two easy steps to avoid unwanted attention from burglars. Walking around the perimeter of the house and ensuring valuables are not visible from vantage points, checking if doors and windows are securely locked, and keeping easy targets like bikes or garden chairs inside, are all preventative steps you can take to not attract burglars to your home.

Around 61.4% of burglars surveyed as part of the DUMA program said that a noisy dog would deter them from attempting a break-in[vii]. But if you don’t have a dog, don’t fear: a functioning alarm system would deter one in two offenders (49.1%), while sensor lights would stop more than one in five (22.8%) burglars in their tracks[vii].

Maintain Your Home While on Holidays

A home that appears vacant is more attractive to burglarsviiv, but there are several things you can do to make your home appear lived in. First, make sure your garden is maintained: an unkempt yard is an obvious indication that a house may be empty. Secondly, hide your valuables – including packaging from Christmas gifts – so as not to advertise the items you have that are worth stealing. Thirdly, ask a neighbour, trusted friend or family member to keep an eye on your property while you’re away and collect your mail and newspapers so they don’t pile up, indicating an unoccupied home to the burglar.

Motion-activated or timer lighting can make your house look more ‘lived-in’, whether you’re at home or not, vii, a well-lit house may act as a deterrent[v].

Even with all these steps, it is difficult to predict whether a burglar will be deterred or not. The DUMA program survey of detainees indicated that some burglars prefer targeting homes with higher security as a challenge[vi] Should your home be broken in to the last thing you want to worry about is whether your insurance is adequate. Home and contents insurance will normally cover you for home theft or attempted theft. However, make sure you read the Product Disclosure Statement to know what you are covered for and what terms, conditions and limitations apply to your policy. Before you go away check the conditions of your policy if your home will be unoccupied – depending on the length of your absence you may need to contact your insurer. After Christmas, be sure to review your home and content insurance in case any new items need to be added to your policy or you need to increase your sum insureds. Finally, keep your receipts and valuations in a safe place and be sure to take photographs of valuable items such as jewellery, watches and electronic devices which will help should you need to make a claim.

A big thank you to all our amazing local organisations, groups, projects and teams who participated in our Community Grants program in 2019. We received 48 eligible applications from all across the Northern Rivers and promoted each cause to the public, attracting over 2,500 online votes. Each applicant had their...

A big thank you to all our amazing local organisations, groups, projects and teams who participated in our Community...

Mates helping Mates is always a great Aussie tale, but this story of mateship has led to so much more. Originally known as the Rally for Tom Porter, the first Charity Cup fundraiser was held in 2013, after a group of mates were inspired to help raise money for...

Mates helping Mates is always a great Aussie tale, but this story of mateship has led to so much...

A recent initiative by the Australian Government known as Merchant Routing has given merchants (eg, a shop or business) the ability to choose how your Visa Debit Card transactions are processed. When you use contactless payments (‘tap-and-go’ / PayWave) with your Visa Debit Card, the merchant may choose to send...

A recent initiative by the Australian Government known as Merchant Routing has given merchants (eg, a shop or business)...

When putting a car on the second hand market, sellers most often include dealership service history, low km’s, optional extras and high quality aftermarket parts as perks that differentiate their cars from offerings; all of which can determine price. However, there’s one thing that effortlessly defines a good used...

When putting a car on the second hand market, sellers most often include dealership service history, low km’s, optional...