Your web browser is not actively supported by this site. For the best experience, update your browser, or switch to a modern browser like Google Chrome or Mozilla Firefox. 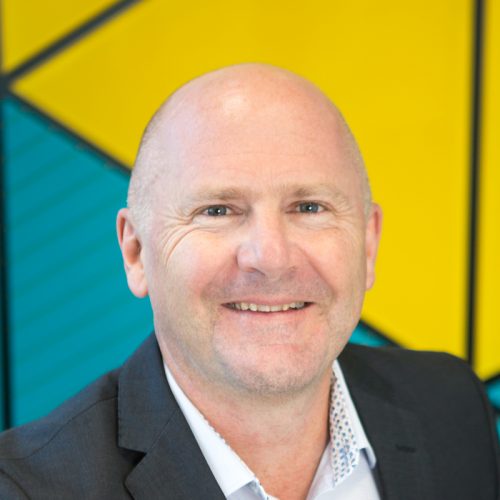 Since Stuart’s appointment as Chief Executive Officer in 2015, also holding the position of Executive Director, he has led Southern Cross Credit Union (SCCU) through a comprehensive transformation which has delivered exceptional results in key strategic areas of the business.

SCCU’s financial performance over the last five years clearly illustrates the impact he has had across organisational culture, process improvement, customer experience and performance with, above system growth being experienced for four consecutive years and employee engagement at 82%. Despite this achievement, Stuart’s definition of our success so far has not just been about profit. The recognition that SCCU has received has been a highlight for him and is a culmination of the symbiotic relationship between his leadership, the team who support the vision for the business, and the community for which the credit union serves.

SCCU was recently crowned Australian ‘Mutual Lender of the Year’. A satisfying privilege after being a finalist three years running. Stuart is proud of the national recognition and that our mid-sized mutual has been able to be competitive with other industry players considerably larger.

It proves that a boutique organisation that cares for its staff, its customers and its community can compete with industry players who are considerably larger. . Our team are our differentiators who I am extremely proud of, and being true to our mutual ethos and ensuring above all that everyone actually matters, is what truly counts and makes a difference.

In October 2019, SCCU was recognised by the NSW Business Chamber, Northern Rivers Regional Business Awards, firstly receiving an award for Excellence in Business and secondly as the inaugural inductees into the Hall of Fame for Excellence in Professional Service. This honour acknowledges the achievement of taking out the Excellence in Professional Service award three years in a row, which has never been done before. For Stuart, the awards aren’t about recognition for the exceptional team at SCCU, but what it means for our customers and the community we serve. Upon starting his tenure as CEO at SCCU, one of his first priorities was calling a companywide town hall. Here he shared the same strategic plan that he had tabled to the board, inviting all to share their thoughts and give feedback. It’s actions like these that have made Stuart known to his team as an open, transparent, energetic and inclusive leader. He is forthcoming about SCCU’s transformation over the last five years as being driven by the team effort and the high level of engagement that he gets from all employees.

Stuart describes himself as an intuitive and active listener, staying curious and seeking out knowledge from different experts. For him, bringing great minds together, asking the right questions to inform decisions is something he is passionate about as he can then act with confidence knowing that the course of action is tailored to the need. It’s certainly shown in the results that Stuart has been able to achieve throughout his career with SCCU and prior at CUA, Westpac and Bank of Queensland, respectively. Leaving ego at the door, Stuart understands the true value of collaboration.

What my peers know about me is that I’m fair dinkum. I’m open, I’m honest and I am transparent. I will tell you how it is and I am intuitive enough to ask if I don’t understand. I will keep persisting until I get it. You’ve got to listen to people to understand what they are about. I’m not afraid to say that I don’t know it all and that’s why I have EXCO meetings and include everybody and we run think tank sessions. That’s how you get the right results.

Stuart prioritises networking and staying connected with his peers to keep on top of his game. It provides opportunity to see how his counterparts are doing, encouraging all involved to learn from each other, seeking opportunities to collaborate, while ensuring he is adding value to everyone involved. He stays in the know by keeping up to date with industry publications like RFi and Mortgage Magazine to name a few and is also a member of the Australian Institute of Company Directors, holding a Diploma in Financial Services and other executive level management and leadership qualifications. Fitness is the other component that keeps him performing at his best, structuring his day to include exercise in the afternoon. Keeping his energy levels high and his mind sharp.

Father to three children under nine, this gives Stuart a natural opportunity to be actively involved with the Northern Rivers community. When asked what community partnerships he likes to be a part of, the answer is, ‘all of them’. Living locally and experiencing the wonderful lifestyle that the coastal region has afforded him and his family has emboldened his resolve to continue SCCU’s deep alignment with the credit union ethos and be at the forefront of giving back to the community. Stuart is proud of the way that SCCU’s community initiatives have grown in the last five years and continues to reflect the community sentiment, with the 2020 Grants opened up to support more than ever before during Covid. This program along with Community Goals and Community Partnerships are all reflective of the incredible dedication and alignment of values that exists within the team. Values that strive to take the complexity out of banking and make it simple for customers, aim to create more meaningful ways to support the community and keep making a difference. It’s what keeps Stuart excited about the journey with Southern Cross Credit Union.

We’ve been very successful over the last five years. We are still strong and can still have a big impact on so many people’s lives, to each other and to the environment we live in. I’m excited about where we are in the journey. I’ve still got a lot to give and as a team, we want to make a difference. That’s what we are here for, to make a difference together.